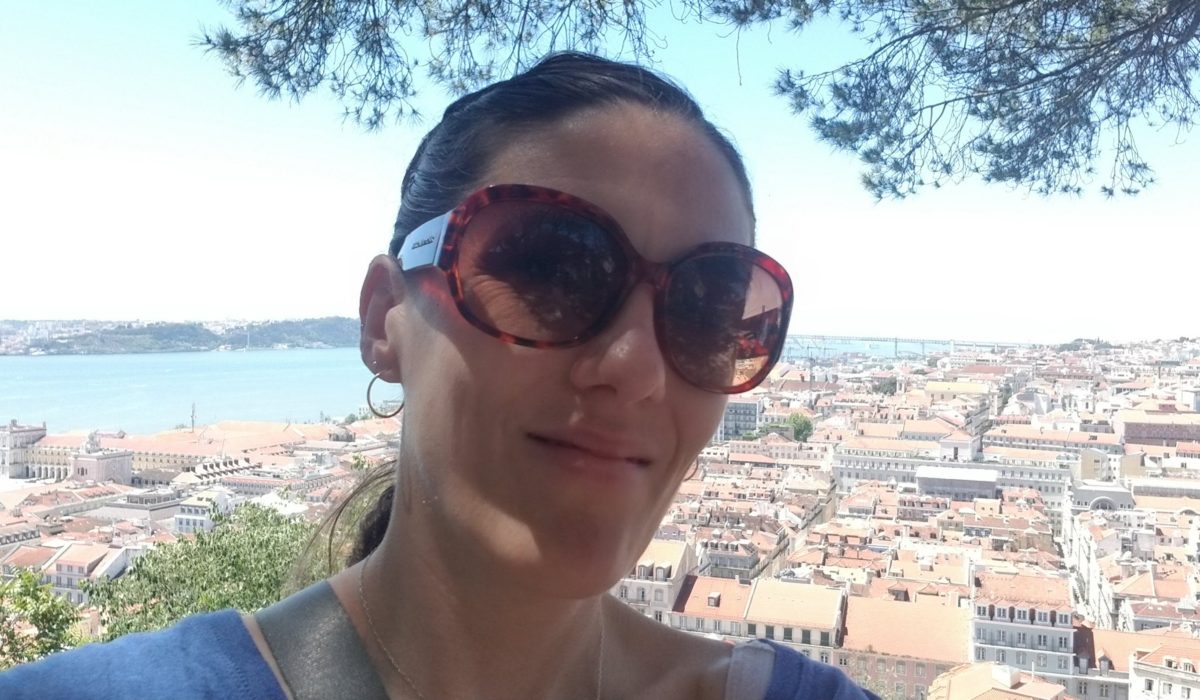 I remember the first time I heard the definition of courage I’ve come to love. I may have told you this before, but humor me for a moment.

I was sitting on a comfy couch, I believe while doing a housesit in Sunny Southern California, and was watching one of my favorite shows on Netflix, The Last Kingdom. The main character, a warrior, was talking to a less experienced soldier on the eve of a major battle.

These scenes impacted me so deeply they are what I reimagine each time I hear the word courage.

I’ve written a bit about courage here before when I shared a quote from Brené Brown’s book, Dare to Lead. It was being reunited with this quote recently, through sitting on a comfy bed in Lisbon watching her Netflix special, which jolted me back into remembering to use my own courage.

I think it’s pretty courageous of me to be traveling around several foreign countries alone, but I don’t always remember to, as Brené mentions:

For example, I may choose to travel alone around Europe, but also choose NOT to be brave enough to try to order my morning coffee in the local language. I’ll tell myself how brave I am overall in order to quell my shame, then I’ll make the excuse that “everyone speaks English anyway” so there’s no need for me to order in the local language.

In reality, I’m simply too scared in this smaller seeming moment that I’ll screw it up and be laughed at OR worse, that I won’t screw it up and receive a reply I don’t understand and thus will have to admit to my lack of knowledge. This imbalance of choosing courage on one end of the spectrum but not the other is what I believe causes much of my anxiety.

I spent the morning hours muddling my way through ordering coffee and treats in my terrible Portuguese, but then succeeded beyond measure.

I spent the afternoon hours first venturing into the cramped tourist land of Central Lisbon to see the famous St. Jorge castle. The castle was nice and all, but wasn’t really what I expected. It had amazing views of the city, and tall brick structures, but it wasn’t the grand event I’d hoped for.

I normally would have stayed longer at the castle because I should AND to “get my money’s worth”, but I instead left early to sit in quaint a cafe on a tight Lisbon street and enjoy some pizza and beer (or cider, rather).

It doesn’t sound courageous to leave behind history for vices, BUT I assure you that’s the point! To let go of the “shoulds” and do what I want is not an easy thing. It involves me betting more on myself than on the opinions of others, a bet I haven’t taken much in my life. In fact, I’ve told myself I’ve insured my own safety by not betting on myself. I’m kinda done telling myself this, but back to the story.

The friends I was meeting, an English woman and man about my age who have lived in Lisbon since March, arrived at the cafe and ALSO decided on a pizza and beer before we took in any culture. They were inspired by my leisure and wanted to stay out of the now very hot Sun as long as possible.

Being honest and courageous was paying off!

We weren’t in too much of a hurry to get to The National Tile Museum of Lisbon, and since one of the friends used to come to Lisbon in his youth, he wanted to show us the Flea Market (or market of thieves) where his father took him. His desires rewarded me with a wonderful view of books everywhere!

After the market, the three of us walked down the steep, crowded, and winding streets to sea level, where we continued our now flat, but incredibly hot walk. Along the way I noticed when I would think to be funny or quirky in order to try to “win people over”, my comfort zone.

Instead I chose courage and self honesty. I listened more than talked. I walked in the internal discomfort of this choice, but found that it didn’t take long to find solace and ease in the practice. I watched my mind become more quiet and myself become more present. I was even able to rediscover some wonder along the way.

We enjoyed the tile museum immensely. It was a simple, focused place, and with the practice of choosing courage, I saw with fresher eyes. The gardens were awe inspiring, and the mix of indoor and outdoor was perfect for a hot day:

When we parted ways later that day, I continued to keep my practice top of mind. I realized how I often think of fear as being afraid of “real” and “big” things, but then remember how so many of my everyday existence can be motivated by it.

I know a large part of my behaviors and reactions I’ve put into place due to a fear of either experiencing disappointment from myself or others or a fear of not succeeding or a fear of personal discomfort of any kind. I see now how much energy I waste trying to avoid these fears.

As I continue this journey I look to become aware of these everyday fears and eradicate them with the simple power of choice.

Can it be as easy as choosing courage in our moments of discomfort?

Come on, I didn’t say the choice was an easy one!