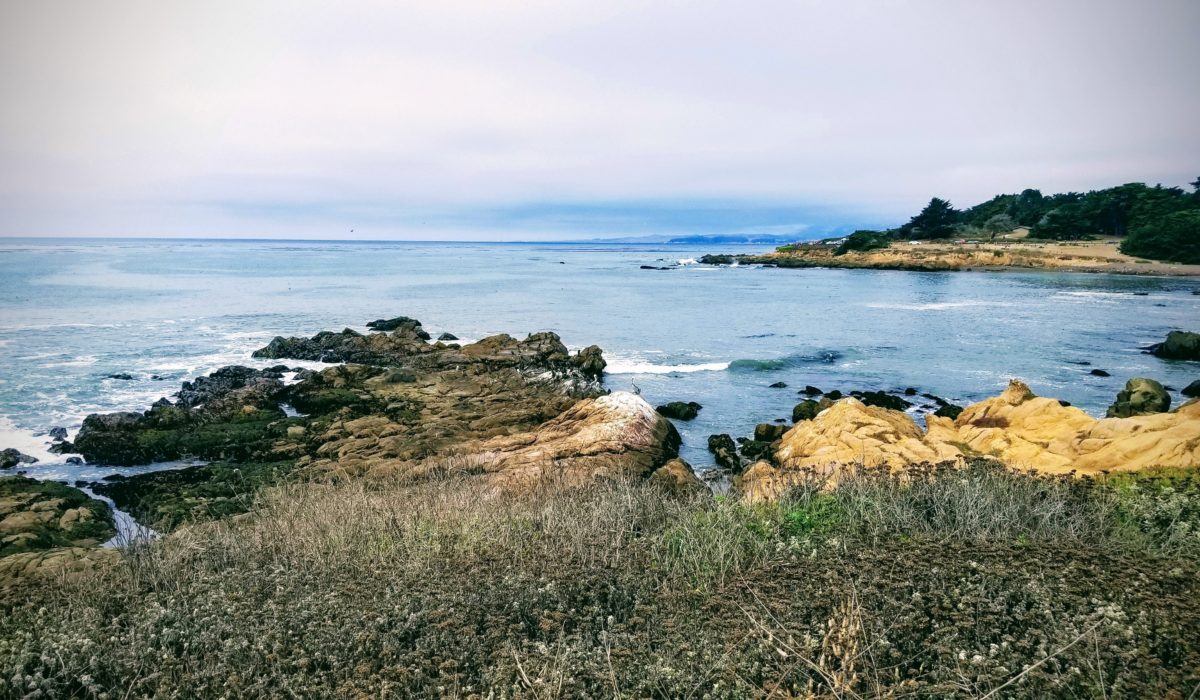 I awoke from the dream with a start.

I knew I had to act, but I also knew too much action, or the wrong action, would only perpetuate the problem. I considered this conundrum as I got out of bed and took care of the pets. When I was done I settled in for my yoga practice; for a venture inwards.

As I flowed, I reflected on what might be the cause of my internal discomfort. I recalled the new mantra I developed while here in Templeton; Be Led. I put this mantra to use because over the past weeks I witnessed the more I tried to push anything forward, the less the result of the pushing fulfilled me. If I instead let go and allowed the universe to take over, I usually found a better result.

For example, when walking the dogs I could try to get them to go the way I wanted, or I could follow their nudges. Following those nudges usually amounted to moments like these:

But, it didn’t always amount to these types of moments. In fact, I believe the discomfort that led to the dream was the result of going too far in this “Be Led” direction. I need to lead at times as well. At the very least, I need to take action. Which brings me back to the morning in question.

As I continued my practice, I softened and admitted this “going too far in the ‘be led’ direction” was the message the dream was sending me. Well, the dream and a few other resources. The universe, or your subconscious, doesn’t just deliver a message to you once, after-all. It will deliver it gently at first. Then, the message will get louder and louder until you finally listen.

The message I was ignoring was one of getting out of my comfort zone. Now, I realize this may sound crazy coming from someone who is on the journey I am, but I assure you, I’ve made myself far too comfortable here. I don’t leave the house. I don’t explore the area. I just haven’t ventured out all that much.

At first I told myself this was because of all the traveling I did in recent months; which was in part true. But, there is a bigger reason. I’m scared of what I might find beyond myself.

The message started as a whisper in the back of my mind. Then my friend emailed a group of us asking about manifesting a state of flow. Next, I read this line from the book my friend loaned me.

“Risk taking is one key way to access this flow state…”

This was followed by an episode of the Codependency No More Podcast telling listeners to take more risks in order to build up self confidence and worth. In the same episode, the guest encouraged listeners to curate skills to access and listen to their subconscious. One way he suggested to do this was to keep a dream journal, as often times our subconscious speaks to us in our dreams.

THEN came the dream.

I was playing with the dogs in the Templeton house when the doorbell rang. I answered it and there stood a man surrounded by many dogs. The two dogs I was sitting ran out to greet the others and I began my usual schtick of “they are friendly enough, though the little guy is anti-social.” The entire time the man, who looked mesoamerican in decent (or so I thought in the dream), stared me in the eye without blinking. He spoke. “There are 3 things causing you to withdraw.”

“What?” I replied. Though I knew what he meant.

He repeated himself while continuing his stare. I knew the 3 things he referred to were the pets I was watching. They were my recent excuse for staying in my comfort zone. Acknowledging and accepting the thought, I looked the man back in the eye and communicated the following through thought, “I see. You’re an angel. Thank you for coming to me.”

He smiled, and I awoke.

It took me a few hours to fully accept that I’ve been holding back, but once I did, ideas for how to spend my Saturday arose. I got into a flow of balancing leading with being led.

I landed on visiting the small beach town of Cambria. It’s been drawing me in since the West Coast Road Trip days, so I decided to give it a whirl. I was happy I did!

First, I took a walk by the ocean:

Walking for only a few minutes cleared my head, heart, and body. I felt completely new! Next, I decided to head to town to grab coffee and to pick up a few things for dinner.

When I got back to the house, I was SO happy I had taken this small, yet big, step forward.

Ever since, my brain has been going a mile a minute with new ideas and insights. Plus, my soul feels one size larger.

Thank you, Subconscious Self! See? Further proof we already know the answers to our troubles could not be more apparent. We ARE being led by ourselves. We simply need to lead the charge inward to surface said answers, then accept them.