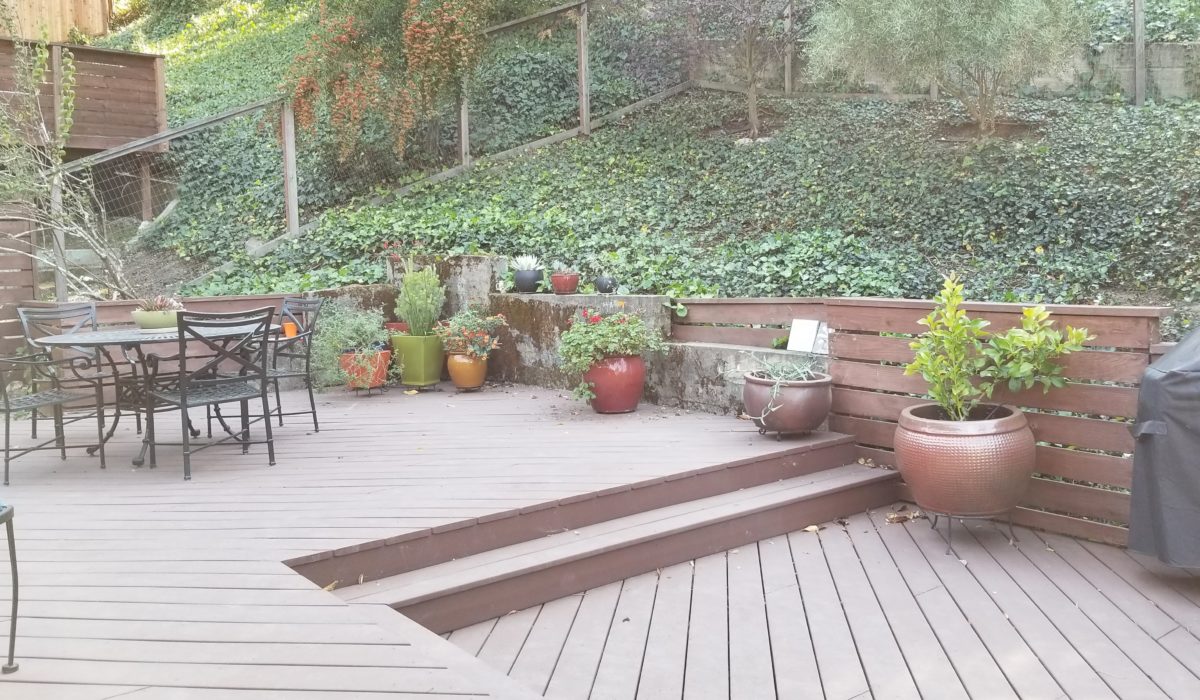 “The real issue arises if we get the Diablo Winds.”

My friend (and one of the homeowners I sit for in Oakland) was informing me about the catalyst for the planned power outages in the region. Being that we were up in the hills, we were likely to lose power in the next 24 hours. We had no idea when in those 24 hours the outages would happen, nor for how long they would last.

Since the outcome hinged on the manifestation of said winds, I figured I should inquire further. “What are these Diablo Winds you speak of?”

“The Diablo Winds are the weird kind. They are like the Mistral in Provence and the Scirocco in North Africa. Have you heard of those?”

“They are winds that, for some reason, make people a bit crazy.”

It sounded somewhat disturbing to me, and sure enough, less than 24 hours later when I woke up and saw that we were without power, I could feel the heightened energy of the dawning day.

The day was one I’ve come to call a “move day”. My bags were packed, and later that afternoon I would head down the hill to my next sit. (NOTE: because of the proximity of my next location, the other homeowner and I decided it could only be qualified as a “half move day”, but I digress.)

Move days always makes me feel outside of myself. It’s as if I’m simultaneously no longer rooted in where I’ve been and not settled into where I’m going. Instead, I’m stuck in this in-between land of undefinition, feeling as if I belong everywhere and nowhere. These feelings encourage me to doubt if I’ll ever find the right fit.

In short, they’re not the easy days.

The winds started late morning just before I headed out. Was it their arrival that stoked my fears? Maybe. But, considering I was moving into a new house with a new pet and no electricity, I think they only added force to my anxiety.

After getting to the house, I was somewhat comforted to see the homeowners had more than prepared me for the potential of several days without power. There were flashlights in every room, a bathtub full of water, and water bottles galore for drinking.

With this half an ounce of calm, I began my move day routine: organize bags, hang up clothes, find pots, pans, plates, bowls, napkins, towels, utensils, scissors… you know, all the things you use all the time but don’t think about.

I then went to move day routine phase 2: figure out the light switches before it gets dark, connect to the wifi, figure out the heating/cooling… you know, all the things that require ELECTRICITY! I could only chuckle at my folly.

I decided to get up to date on the blackout situation. I picked up my phone to look up emergency and city resources, only to find out this new house’s location was not conducive to phone data service.

By the time the homeowner/friend stopped by to pick up Fay, who had been spending some time with my new housemate Kylie, I was ready to snap.

I almost exploded when my friend shared the news (the first I’d been able to muster regarding our situation) that the soonest the power would be back on would be midnight, while some sources said the outages could last up to 5 days.

I panicked. If I was already crawling out of my skin, unable to work or connect with the outside world, how was I going to mentally survive DAYS of my mind racing to figure out solutions while my heart clenched with both fear and hope?

As I considered all of this, I noted the windows rattling ever more slightly.

I tried to calm myself by remembering that I was one of the lucky ones. Missing work for me didn’t mean missing out on food or shelter. I was in a home where I could cook using the gas stove, had plenty of supplies, and had dear friends up the road who I could count on for anything.

Yes, I felt supported and grateful, but I also felt so violently alone and fearful.

I made dinner by flashlight as the last rays of Sun dipped in the West. All the while I prepared myself for the impending dark. I knew I’d be afraid. I knew, being in a new house, that each sound would set me off. I knew that being with a new pet any number of situations I hadn’t yet encountered could occur and I’d have to solve for them.

By the time I ate and cleaned up from dinner, I was physically, mentally, and emotionally exhausted. The mantra, “be ready for the darkness”, on constant replay.

I gathered all the candles available in the living room, lit each one, then settled myself on the couch as Kylie side-eyed my anxiety-filled self from her living room doggie bed. Sitting there I saw I had an opportunity to dig deeper into my feelings; to uncover some shoved away layers of myself forgotten long ago.

Between shadows, I considered my anxiety and fear. Why was I feeling so uneasy? I had all my needs met. I was staying in a nice home in a safe neighborhood. I had all the supplies I needed. I had friends to call upon.

I felt the side of the house quiver as I realized what I no longer had: self reliance. I was completely vulnerable to the situation at hand and to the people around me. Maybe, you never did get through them alone, the wind whispered.

Being vulnerable meant I ran the risk of being denied, refused, pushed away… rejected. I HAD to open up and let go. Considering this, my shoulders inched up to my ears and my gut sank to the floor.

I concluded that here, at the bottom of my inquiry well, was where I had the choice; fight or flight?

This time, I chose fight.

The surrounding sounds quieted as I sat with my reactions and the deep knowing which inspired them. I reminded myself that vulnerability is necessary and stayed with both the discomfort, and elation, at being aware of the opportunity before me.

NOTE: I was also scared of the dark like any normal 37 year old adult. Don’t act like you wouldn’t be.

Once again it took only a few moments of stillness for this illumination. Instead of pushing my fears away and trying to extricate them with logic and reason, I accepted my human-ness; all my moods, feelings, reactions.

I saw by accepting these characteristics I empowered myself to show myself kindness and to make progressive changes. This empowerment had the potential to increase my self efficacy and confidence, and thus increase my ownership over my life while making it more fulfilling.

With this acceptance in mind, the quiet cloak of night wrapped around me reigniting some discomfort, but, secure in my knowing this to be part of the process, I set aside my anxious thoughts and picked up a book.

Not 5 minutes later…. CLICK! The shadows retreated and light was everywhere. I was thankful to have the power back, no doubt, but I also observed how I was left with the disappointment and regret every fighter who wins feels as she exits the ring. The strangling attachment to the action that keeps her alert and on guard.

Now… I know what you may be wondering:

Geesh, Lis, after all this self work you claim, how can you still find such anxiety in these seemingly small moments? Don’t you see yourself a failure for succumbing to the winds, the situation, your own fears?

First, because seeing myself as a failure for not “being there yet”, i.e. in a state so enlightened that I’m unable to be swayed by natural human reactions, assumes a “there” exists. In truth, there is no destination on this journey of life. There is only seeing and admitting the truth, accepting or resisting that truth, than taking action accordingly.

Second, I believe that what I go through and feel isn’t me. What IS me is how I choose to respond. So, I can either choose to see my anxiety filled moments as failures as I have done for FAR too long, or I can choose to sit with and accept my reactions, as I did on the night in question. Picking the second option is how I set myself free from the pressures of being “there”.

All this said, I must share with you how legend has it that the winds I spoke of earlier have such an effect on people; in some ancient Middle Eastern cultures, people who committed crimes during the Scirocco were given more lenient punishments.

Perhaps, then, all this narrative I’ve shared with you today is something my mind made up to justify the effects of the winds?

I doubt it. Instead, I like to think of it all as one. I had a choice that night, resist the winds or let them carry me where they wished. Resistance would have meant either standing still or getting knocked over, letting them wash over me guaranteed movement.

If there’s one thing I’ve learned on this journey, it’s that movement is what keeps me going; step by step.