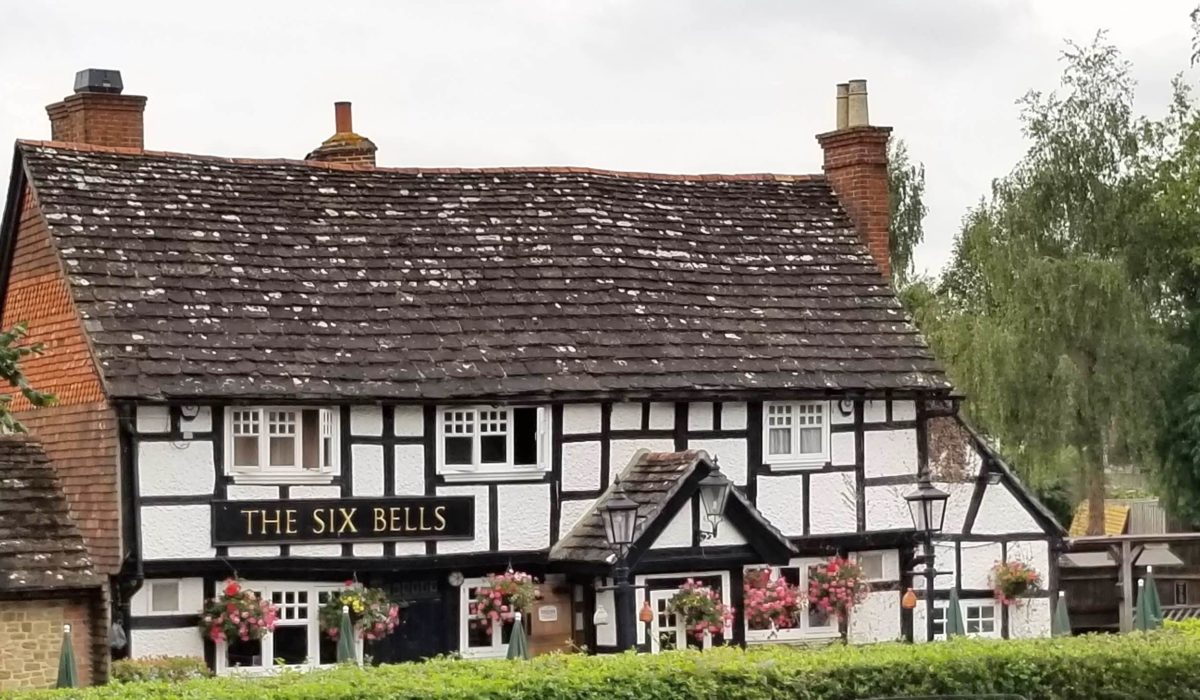 My arrival in England was simultaneously normal and not so.

The red-eye flight landed at Gatwick on time (around 10am local time), and we got to the gate and off the plane without issue. Once inside the airport, I made my routine path to the restroom to both brush my teeth and ensure I looked like a person one would trust to take care of their home and pets for a few weeks.

Appearance intact, I put my carry-on bags in place (backpack holding all my clothes and laptop on my back, office bag holding my notebooks, chargers, and necessary next day toiletries on a shoulder, and cross-body purse holding purse things across the other shoulder), then half-awake walked my way to baggage reclaim.

Thankfully my carry-on sized roller was among the first to show itself, and with all my bags accounted for, I regarded my air travel a success. Then, I headed towards customs.

NOTE: I was delighted to find that England’s passport/customs process was among the easiest I’ve seen. It goes a little something like this (for US citizens it does, anyway). Wait in a short line (due to the many lanes they had open). Walk up to a machine and set your passport down to scan. Walk into the UK. Not bad.

Walking out of customs, I saw the homeowner holding a “Lis” sign and a steaming hot, fresh seeming cup of coffee. Woohoo! She and I chatted as we made our way to her car, then laughed as I, embarrassingly, tried to get in on the drivers’ side of the vehicle (“Everyone does that.” she assured me).

We entered the kitchen where I met the second homeowner, and the three of us humans went about the familiar (to me) dance of getting to know the people we were trusting with our dearest possessions. (They trusting me with their home and pets. Me trusting them with my safety and security.)

They showed me their narrow, stair-driven, but quite adorable home, and explained what to keep an eye on and how all the home paraphernalia worked.

Next, we settled back in the kitchen and discussed the dogs’ routines, what else I should expect during my stay, (milkman on Tuesday and Saturday. Fish man is in town on Thursday.) and then planned out the remainder of our day together. They were leaving the next day for Canada, and per usual we had planned a day of overlap time together in the house.

The day together involved walking the girls, then meeting up for an afternoon cider at the pub a few doors down. This agenda suited my jet-lagged state quite well.

Further intricacies of our time together involved the Canadian born homeowner (the second homeowner I met) helping me to adjust to the many word differences I would encounter here in England. For example, he explained that the ATM is called the Cash Point, that you don’t order coffee by asking for a “coffee” but rather asking for an americano/espresso/latte, and that hot sauce is few and far between.

You know, the important things.

As you can see.. all was going according to a normal house sitter script.

Later that night, the parents of the English born homeowner joined us for a dinner of burgers, ciders, and beers. They also stayed the night as all four of them were flying out early the next morning.

Know that although the particulars of my arrival at a new home change each time (i.e. the people, settings, pets), the flow of is one you’ve heard time and again (if you’ve followed this blog. If not you’ll just have to go back and read OR you can just trust me.)

Here’s where it differed.

As we 5 sat outside eating together, I had a moment. Chalk it up to my lack of sleep, my jet-lag, the cider and wine, or all of the above, but for the first time during an arrival, I not only saw, but deeply felt, my outsiderness. This had nothing to do with how my hosts were treating me, but had everything to do with my growth and reflection throughout this journey.

When my house-sitting adventures began I felt quite included and “a part of” during my arrival times with the homeowners. I would marvel at how in no time I’d made new friends who let me into their homes and trusted me with their pets.

Over time I noticed how when the sits were over our lives separated again; we went back to our normal ebbs and flows without each other. More often than not I’d not encounter their world again, despite having such an intense connection when we first met. (I should note this “going back to normal” is to be expected and isn’t negative, AND in some cases I have been lucky enough to stay in touch with homeowners!)

In that moment over dinner, I resonated with the divergent part of the housesitting story, and sat with the knowledge that I’d probably not see or hear from the people seated around me again after my departure.

Then, my perspective darkened. I foresaw their life going on as normal and amazing, and mine going on with me being deeply impacted by opening myself up to their home and pets but being left alone without their energies to fuel and validate me.

I was ashamed of my perceived inequality of effect we’d have on each other’s lives. I then labeled myself as someone unable to figure out their own life, and thus needing to hover in and out of the lives of others to leech off their life experiences. I considered myself needy, unsettled, and inadequate.

This moment came and went fairly quickly, but the aftermath of it stays with me as I continue to sit and wonder narratives like:

The next morning I awoke around 7am and dutifully reminded myself where I was (“You’re in Billingshurst, England sitting Penelope and Mildred…”). I was exhausted from the previous day’s travel, and curious why I hadn’t heard anything from the dogs when the family left for their flight earlier that morning. Was I really that tired that I slept through 4 people and 2 dogs living a morning together? I learned that yes, I was.

I walked down the many stairs to find the girls sleeping soundly in the lounge (or living room as we Americans say), then stepped into the kitchen where instead of the shame I expounded upon myself the night before, I was greeted with the most marvelous departing gifts. Cleary the homeowners were grateful for my services.

After taking stock that everything was as it should be (despite my half chewed flip-flop. Touche, Bassets) I climbed my way back up to the top floor, bassets following me all the while, and the three of us laid down for another few hours.

When we woke back up, a feeling of terror arose with me.

I’m alone in England. I know absolutely zero people in this town. How will I meet people?

I had felt this feeling before, but had never given it a voice. I made note, and reminded myself I still had no answers to these questions. But, I made my way back downstairs to consider it all. I spent all weekend considering it. This is what I came up with so far:

I love my life. I love that I can sit and write or read in places like these:

Then hangout for a bit with friends such as these:

Yet, in these arrival moments where I’m presented with the happy path stories of those I sit for, because of course I don’t see the hard, real-life moments when only meeting them for a day or two at a time, I question my life choices.

Often these questioning periods fade over the weeks, but this time instead of waiting for them to dissolve, I’d like to be an active participant in helping their dissolution along. I want to learn from my past self, and go through rather than around the issues I’m facing and the discomfort I’m feeling.

More, I’d like to sit with the anxiety of not knowing the future, of being different from the story presented to us (as I believe the majority of us, if not all of us are), and of walking a path alone. Then, from that sitting, I’d like to create an even greater confidence in myself.

You’ve heard me talk about this process once or twice so we know it’s possible. You’ve seen me choose the high road before as well, so we know I have the ability.

This time isn’t any different than those other times. So, why am I writing about it?

I write to show all of us that it takes TIME and consistent PRACTICE to architect one’s best life. It doesn’t happen once just from learning a lesson or realizing a mistake. It’s something we must come back to over and over and over again.

Remember, the journey is the destination, which means there simply IS no destination.

Let’s keep on walking up to and through those small, but important moments then, shall we?