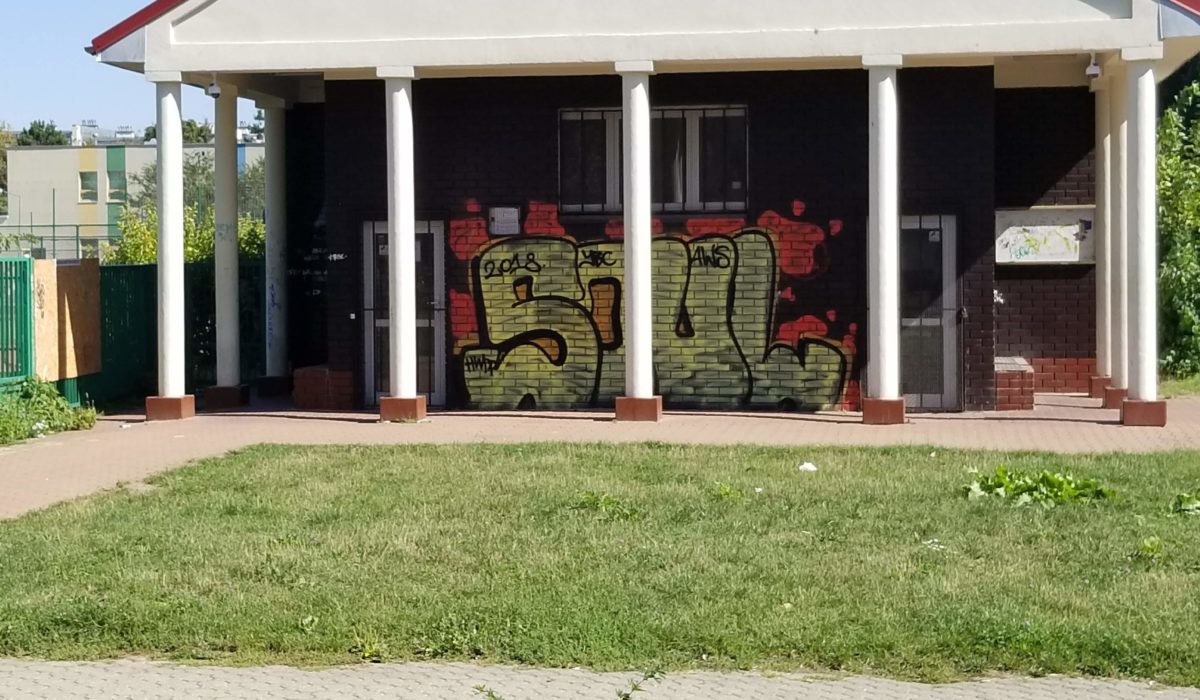 People often say that this or that person has not yet found himself. But the self is not something one finds, it is something one creates. ~ Thomas Szasz

I’ve been in Warsaw about 2.5 weeks, and during that time I’ve begun noticing the most glorious shift!

The change was subtle at first. It wasn’t really a consistent state of being like I often assume internal shifts will be. It was more a sensation that kept cropping up in the most random and ordinary of moments. Because of this randomness, I couldn’t quite decipher what the cause of the new feeling was.

After observing the ebb and flow of it a few times, I chose to sit with this new feeling for without distraction. It only look a minute or two for the understanding of what it represented to appear.

I saw how I was EXCITED and INSPIRED to simply be MYSELF.

This was the first I had felt this way in a VERY long time. I’d probably not even entertained this notion since I was a young child still lacking the influences of society. It was refreshing and freeing. Moreover, it was empowering and gave me hope.

Let me break down further what it was like to experience this feeling.

Recently my business partner and I started a social media campaign where we were trying to find specific companies we’d like to partner with.Unfortunately, we didn’t get many responses, and this outcome had me both worried and giving zero f*cks all at the same time.

The second point of view was something I had heard about, but didn’t remember ever feeling. So, I decided to examine it further.

When I connected with this ‘zero f*cks given’ side, I saw that not only did I not care what others thought about our campaign and its outcome (which was, my ego kept yelling to me, “playing out in real time for all to see!”), but I also witnessed myself receiving a great deal of fulfillment from posting information that was a direct reflection of our truth and hard work.

Other examples of experiencing the feeling included instances when I found myself walking outside in a foreign city with an air of confidence instead of a blanket of anxiety or visiting museums that maybe weren’t as popular but aligned with my interests or trying new foods based off a non-goal based curiosity.

Each time I took the stance of doing me and not caring what others thought, I felt SO DAMN GOOD!

I tried to attribute this new found self confidence to my friends, their apartment, and my staying in and around their energy. But, my friend, being the great person he is, wasn’t having it. He asserted, “Told ya, you’ve found yourself, this has nothing to do with Jack, us or Warsaw. Honored nevertheless!”

Then the thought hit me. Maybe he’s right? Maybe I HAVE, after a year and a half of this winding road, found myself?

These questions then forced me to ask: What the hell IS finding myself, again?

I reminded myself that I already had the answer, that finding yourself is the same as knowing yourself, and that ultimately it’s the process of unearthing what makes up the core of my being, then aligning my thoughts, feelings, and behaviors with that core.

The results of this discovery process, no matter what term you use to label it (NOTE: I decided to go with the “finding yourself” terminology today because I wanted to uphold the original quote from my friend AND I wanted to point out that the labels don’t matter. The process is the process.), are an insane amount of joy, positivity, and sense of fulfillment.

Finding self is not only about these outcomes, but, as Allison Fallon tells us it also helps decrease depression, anxiety, and codependent tendencies. On top of that, Tanya-Camilleri explains how finding self helps people have more meaningful connections (because we’re connecting to others as ourselves, not as the facades we put on to ensure others like us).

The reality is that these benefits stem from actively doing the work. That work is about honoring and giving voice to the inner ME that I’ve been quieting since childhood. Doing this work means putting myself first, in all situations. It also means losing myself (i.e. dropping my survival facade) to find myself (i.e. letting my inner self shine!).

It’s also about sitting still long enough to realize that I’m not “screwing it all up” by not being perfect. For example, a few weeks ago I read this inspiring article about a man who became location independent and found his work and life’s passions.

Instead of thinking “Damn. I’m nowhere near where he’s at. I must be a failure.” I thought “oh wow it took him a few years to figure out his travel too, and he had someone with him helping! I can DO THIS!” I gave voice to my inner self who knows I’m on this journey for a reason, and quieted the part of me that aligned with the naysayer forces who tell us going your own way is wrong.

After patiently, and consistently, coming back to these seemingly small practices, I do believe I’ve found myself. At the very least, I’m off to a damn good start.

But, be warned! There are some major drawbacks to this self discovery journey. As I was made privy to these early on in my quest, it’s only right that I share these realities with you. Here goes.

One of the first disadvantages of finding yourself is, well, I’ll just say it; it’s losing others. You’ll start to figure out that the people you have around you are a direct reflection of who you are today and who you’ve been. Some of them may be willing to come down the road of self-growth with you. Many of them will not be.

Sometimes this will mean ending or letting go of relationships and friendships. Other times it means the relationships shift. Whatever happens, to think that you can go through these intense growth moments and have the people around you remain the same is just not realistic. I recognize this is a REALLY hard concept to accept, but I assure you it’s true. The sooner you sit with and accept it, the easier it will be.

Further, because you are doing so much work on yourself and changing in the process, you may find frustration with other people around you (friends or strangers) who simply “don’t get it”. Remember they have chosen to not do the same work for their own reasons, and to expect others to be where you are is also unrealistic. Much patience will be needed in this regard.

Finally, you may also find you become frustrated with or ashamed of yourself for wanting to stray from the pack. I’ve often caught myself thinking: Why can’t I just believe in what they believe in? Why can’t I just be normal? I have to accept this discomfort and learn to love myself through it.

All this to say just because I work on myself I don’t think I’m “better” or “more evolved” than others, nor should I view myself this way. It just makes sense that if I engage in self work I’m going to turn out different. The more I strengthen myself, the less energy I will be putting towards holding up others. That just is.

I have witnessed this dynamic time and again. My dear friend has been working on himself for far longer than I. In fact, his lifelong self-discovery efforts have not only guided, but have inspired me. For years he would say, “Don’t try to be like me, yo. People won’t like you. You’ll see things differently and won’t be able to have conversations like you can now. You’ll be isolated and alone. I don’t recommend this path.”

He told me this out of love. I saw his life and path, and I still see it today. People are intimidated by his self knowledge and belief in himself. They feel attacked by his very plain, matter of fact demeanor, when he means no ill-will towards them. He’s just so certain of himself, while most of us aren’t, that being himself forces others to see how much of an act they are putting on. When people are faced with their own facade (I say this from experience) they can’t accept their own actions, so they take out their self judgement onto him.

By being himself so completely, he’s not bending towards others as we’ve been taught to do. This lack of bending is what others take to mean he isn’t a good, caring person. Fact is, he cares, he just doesn’t show it in the societally defined way anymore. He shows it in his way.

Obviously this isn’t a fun place for him to be. In addition, and this is something I’ve begun noticing for myself as well lately, by him living a life without distractions everything is REAL. He can’t NOT see the reality of how a situation is playing out. Others think he is being all-knowing, but in reality he can’t turn the reality off! He’s often saying “I wish I could go back into the matrix and be ignorant of it all. I long for that bliss.”

In short, the consequences of deep self work are just as real as the benefits.

Now you may be wondering: Why would I want to do this work if it means setting me apart from others in my life?

Frankly, you may not want to… and that is OK! All of this is 100% your choice. My friend told me time and again not to follow his lead, but I didn’t feel I could turn the tide and stop! I needed to find myself.

I needed to do this because of how genuine, aligned, and purposeful it makes me feel. I feel sheer bliss in knowing and living my truth. I know that by doing this I can be a better help to those around me and contribute more to the world. Plus, having less people in my life doesn’t mean I end up alone, it just means I have fewer distractions. Those people who align with who I am are still around, and our relationships are stronger than ever (despite sometimes very necessary hard conversations).

Thus, I’ve made my decision to go ahead with working on myself and living my truth. But, again, that’s my decision. You need to ask yourself if the results are worth it to you (a question of self discovery in and of itself, btw). If they aren’t and you don’t opt out of the work, that’s a perfectly acceptable and applaudable answer.

But, if you find they are, gather up your courage and join me on this lonely, but loving path.

I guarantee you it’s the most insightful and fulfilling journey you’ll ever take.

2 comments on “Finding Yourself is the Ultimate Goal… Isn’t It?”