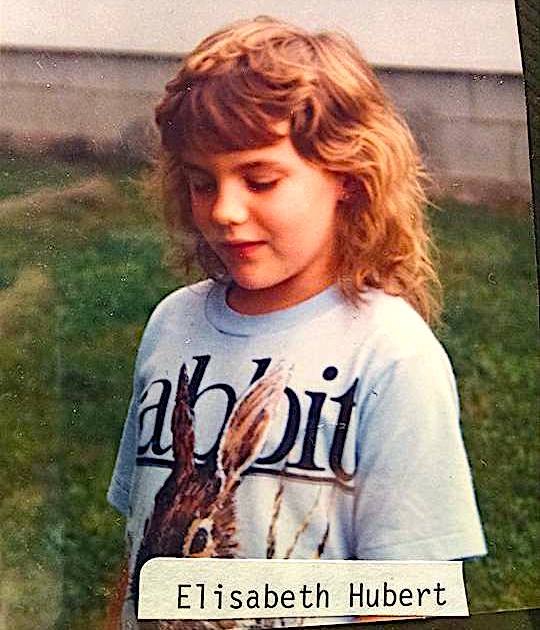 This post was originally published in Sam Osbiston’s online publication Catching Life back in the Spring of 2017. It’s one I worked hard on and really enjoyed creating! I’m reposting here so that you too can enjoy it (hopefully).

As a young girl, somewhere between the ages of 5 and 7, I made a bold statement.

I remember my two older brothers and I were arguing, and one of them made a comment condescendingly saying,

“When you grow up you’re going to be lazy and no good”.

I remember feeling weighed down by hurt and confusion. I didn’t understand why anyone who was supposed to love me would say such things. It is only as an adult I realize this is what others tend to do to the brave and wild. They go to great lengths to extinguish our fire before our flames can grow so large they get consumed by them.

Shockingly, my mother stuck up for me. In what felt like a rare moment I heard her say to me,

“No you’re not. You’re going to grow up to be a nice, smart young lady.”

At her words, I remember feeling a tightening around my soul. One that I knew wouldn’t do.

Confronting my mother’s statement, my small frame straightened and I announced,

Wild? Did I even know what I was saying? Did I really want to be wild?

At such a young age, did I know that a song played across my spirit; one that would not be quieted by the everyday expectations of life? Did I know in order to feel a part of this world, to find an inner peace and calm, and to make a mark for myself and for all my kindred spirits, I would need to dance in full force to the rhythm of my inner song?

Was I aware of what dancing the dance would mean, and did I realize living a wild life would require me to stand alone in my truth?

In the time before I allowed my heart and soul to be tightly closed by mediocrity’s vice, yes, I think I did want to be wild. In fact, I think it was knowing these things deep inside the core of my being which made my child-self affirm my future so confidently.

Somehow, I still ended up falling into the grasp of the uninspired life. My dreams clouded and eventually merged with those of others. I found myself operating from a restrained, sensible, and disciplined place, one that had been made for me, instead of by me. While living this carefully constructed life, my persona eventually morphed into that image my mother described.

I most certainly did become a “nice, smart young lady”.

The song, however, still played.

It hummed along in the background throughout the empty successes, the ghost failures, and the misguided loves and heartaches. Eventually, I saw I had given up so much of myself to the conventional, I was left feeling void and drained, like a ghost roaming eternity in search of a redemption it would never find.

I don’t think it was one moment or decision that prompted the dilation of my soul. Rather, I think my untamed heart freed itself slowly, jaggedly, and painfully, like ice expanding and breaking apart the rocky enclosure. One painstaking decision after the other led to the undoing of my sensible persona and the uplifting, and releasing, of my natural spirit.

Slowly, the traditions I held onto so loyally and so dearly began to break away. I started to see through them, past the place where their false core resided, through the thin, filmy residue of the intentions that held them together, and into the heart of the lies they were built upon.

I began to confront my own false narratives which held together the fragments of the model citizen I had become. I stood face to face with my demons, and I broke my own heart several times along the way.

With each broken heart I realized how much I had stifled my own free spirit for the acceptance of others. I waded in the pool of the heavy pain and regret of these realizations. I berated myself for not being my true self, and basked in the guilt of wanting to let go of everything I had built to get away from my natural self.

I allowed life to tell me wild was ugly and outcast, but the more I worked to let the thick, sludgy venom of conformity drain from my soul, the more I began to see the pure, inspired beauty of a spirit so naturally expressing itself in the world. I saw a dormant flower of winter bud into a vibrant Spring blossom.

Truth be told, the further I went down the path less travelled, the further those I had relied upon proceeded down the well traversed path. As I stepped further along my road to authenticity, I saw the inauthentic friendships melt away. And, being honest, watching the happiness of the many while walking among the few caused so much doubt within me, the brilliant light center I had begun to operate from flickered and darkness began to move back in.

But, the song played on, and each time it came down to choosing between sitting this one out, or dancing the time away… more and more often I chose to dance. For I believe, in the end, the feeling of living my truth outweighs that of living the false ideal of others. And, in the end, I have fallen madly, passionately, and deeply in love with a life that is lived purely from the heart.

I have fallen for me, one hell of a wild woman. 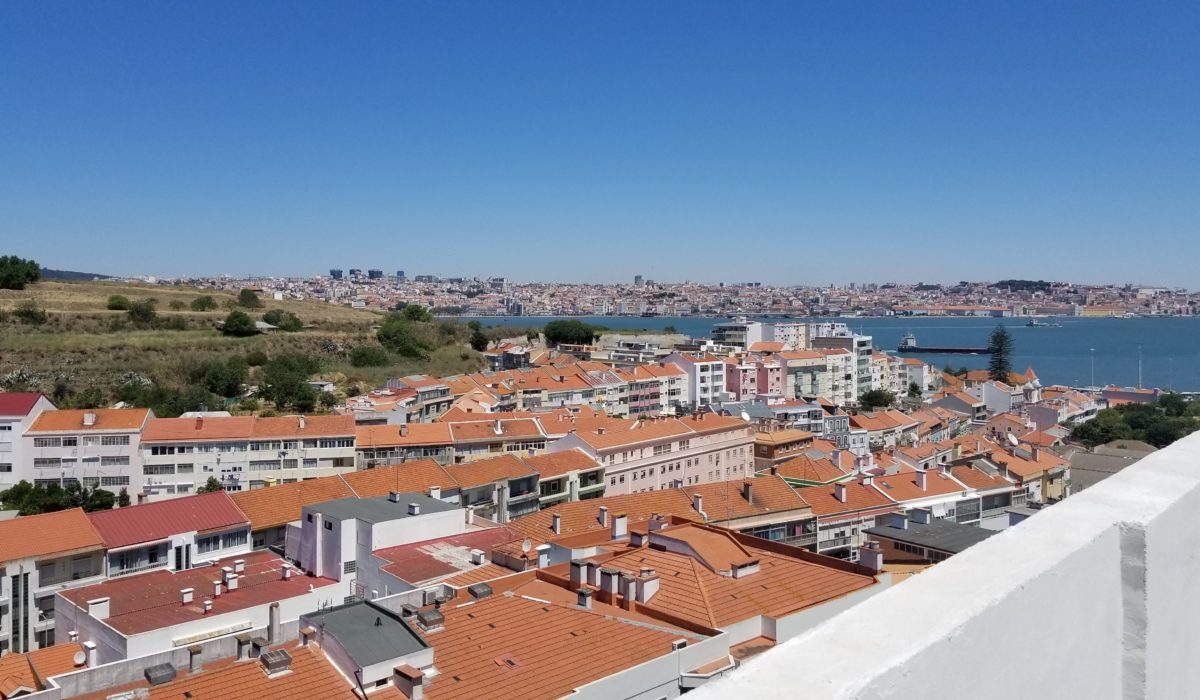 This post will not be perfect. I want it to be. As the official post noting my “year living on the road” it damn well should be. But alas, if there’s one thing I’ve learned from a year living without a permanent address, it’s that nothing, and I mean nothing, is perfect.

Take the view above which I’m seated in front of while I write. It looks pretty damn perfect. When I pictured myself living and writing in Europe, this is the scene I imagined; clear skies, water views, quaint buildings… it has it all!

However, what it doesn’t show is the reality of the working class citizens who live here. Nor does it highlight any of the injustices that the disenfranchised face, nor the cracked paint I’ve hidden from view. Seeing these not-so-perfect seeming aspects of any scene would mean setting aside the desired perfection of what’s in front of us, to allow the truth to be revealed.

I suppose I’m rambling on about this because this process of setting aside my desire for perfection to allow truth to be shown is what has been my main lesson from this past year.

How have I learned this lesson? On June 2, 2018 my friend and I drove out of White Salmon, WA into the unknown. Since then I’ve seen a whole lot. To give you a better idea of what I’ve been up to, I’ve:

During this time I’ve seen tremendous beauty, experienced boundless inspiration, and created relationships I hope to grow throughout the rest of my life time.

I’ve also witnessed unfathomable poverty, sat uncomfortably with the evidence of my country’s painful past, and sank into the despair of great loss.

When someone goes on a journey like the one I’m lucky enough to be on, we picture it as perfect. We see them as living in exotic locations while meeting the most amazing people and only having to work a few hours a day.

We picture the perfection we desire to see.

What we don’t see are lonely moments without distraction from our demons, the frustrating times of not being able to order a coffee due to language barriers, the freak outs of trying to rationalize why the hell you’re sleeping on friends’ couches as a 37-year-old professional.

We push these truths aside.

A year ago, when I wrote the first post on this blog, Being Me Anywhere, I had no idea what I was getting into. I was certain I’d grow and learn and come out better for my efforts. I was aware I’d have to look my imperfections in the eye and not blink for the growth to take place.

What I didn’t expect was how addicted I’d become to the feeling of joy which fills my being each time I accept these imperfections as who I am. I also didn’t foresee the internal effort needed to push through the force of shame to not only be comfortable with my short comings, but to also see them as my strengths.

This has been a key factor in my journey. I doubt myself constantly, but I know now that doubt is a gift, not a curse. It propels me forward. This seeming flaw, is actually necessary for me to continue.

A year from now, I have no idea where I’ll be or who I’ll be with.

I do know I still won’t have reached perfection, though.

The funny thing is… I no longer want to.